In its Q2 Business Report, Kampgrounds of America, Inc. (KOA) reported a 57.3% increase in revenue through June over 2020 in its recently released Q2 Business Report. Compared to the same period in a record 2019, revenue increased just over 28%. The company also saw growth in franchise contracts in the second quarter adding nine new campgrounds, including six new construction contracts. Additionally, KOA reports a positive outlook for the rest of the year, sharing that advanced deposits on future business at the end of the quarter were up over 66% from the same period last year. 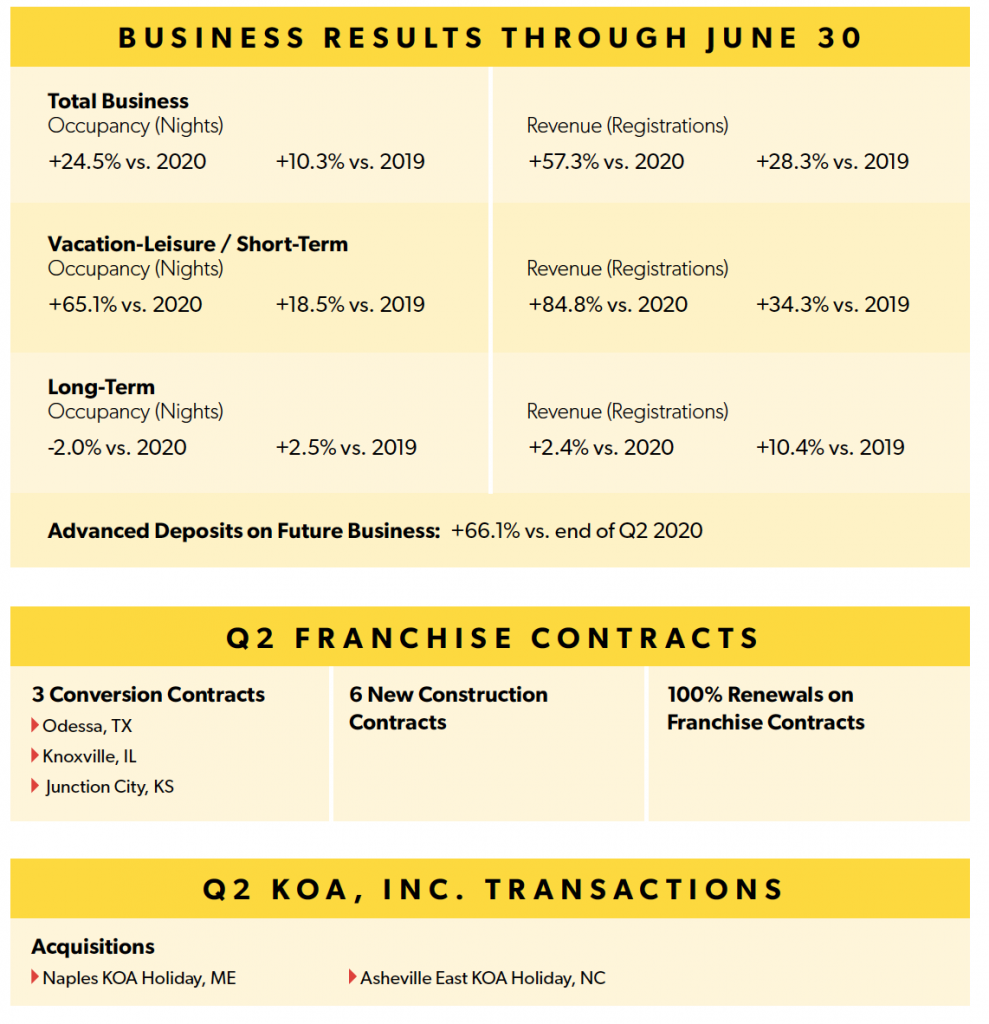 “The second quarter of 2020 was the period most affected by business restrictions due to COVID-19,” said Toby O’Rourke, president and CEO of KOA. “Prior to the onset of COVID-19 disruptions in mid-March last year, we were on pace to exceed 2019, our record year, by 10%. Last April, May and June were incredibly challenging so it’s powerful to see both year-over-year growth and the increases over 2019. At this point, we see no signs of KOA’s performance slowing down.”

With the increasing interest in camping, concerns over quality site availability have been raised across the camping industry. Realizing these challenges, KOA enhanced their search functionality within KOA.com in the second quarter. Guests can now search across locations in a given area by date for available sites across campgrounds.

“We know that more campers not only present opportunity, but also challenges,” O’Rourke said. “One of the major advantageous of having a system of campgrounds is providing tools to help guests find great sites more easily. This results in more campers having enjoyable stays and increasing their likelihood to continue camping in the future.”

“We are continuing to see a growing interest in greenfield development of campgrounds,” said O’Rourke. “As more people join the camping lifestyle, business owners are seeing the value in joining this industry and many new impressive campgrounds are being built. We love partnering in these new ventures and helping business owners maximize their potential.”

An indication of franchisee satisfaction, KOA also had 100% renewal rate on existing franchise contracts in the second quarter of 2021.

Kampgrounds of America, Inc. (KOA) is the world’s largest system of open-to-the-public campgrounds with 525 locations across the U.S. and Canada united under the mission of “connecting people to the outdoors and each other.” The industry leader in outdoor hospitality, KOA’s family of campground brands – KOA Journey, KOA Holiday and KOA Resort – offer sites and amenities designed for every type of camping experience. In addition to unrivaled brand visibility, KOA offers campground owners unparalleled support, marketing, and technology. The company’s proprietary reservation software, K2, deliver’s campgrounds a completive advantage within the market. 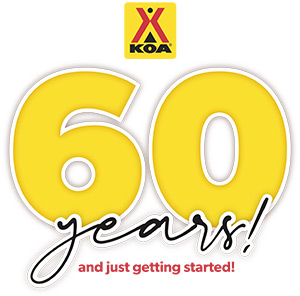