Skip to content
Home » News » KOA Releases 2021 Latinx Camping Snapshot
Kampgrounds of America, Inc. (KOA) is celebrating National Hispanic Heritage Month (Sept. 15-Oct. 15) with the release of the 2021 Latinx Camping Snapshot, which highlights the continued growth of camping popularity among U.S. Latinx audiences.
Latinx campers represent 6.3 million camping households in the U.S., with 15% who are new to camping in 2021, based on data collected by KOA as part of its monthly research reports. This increase is a stark contrast to the 1.9 million Hispanic camping households in 2014. Furthermore, two thirds of campers are younger than 40 years of age, with millennials making up about 48% of campers.
“The outdoors should be a place where anyone can explore and camping audiences are reflecting that more now than ever before,” said Toby O’Rourke, president and CEO of KOA. “Latinx campers are among the fastest growing consumers enjoying today’s modern camping experiences and our snapshot shows us just how critical this audience will be to the future of the camping industry.” 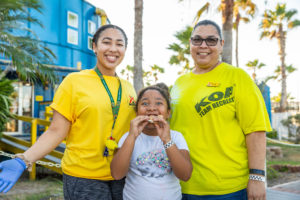 The snapshot, available in both English and Spanish, reveals other data points that speak directly to the interests and behaviors of this group, including:
KOA celebrates and encourages Latinx camping through efforts that span beyond Hispanic Heritage Month. The company has engaged Latino Outdoors, a Latinx-led organization working to create a national community of leaders in conservation and outdoor education, to help support the development of more programs that encourage more Latinx audiences to explore the outdoors. The partnership represents a shift toward a more inclusive outdoor movement and builds on KOA’s mission of fostering a campground experience where everyone belongs.
KOA also featured the story of long-time employee Roman Becerra in a recent video. Becerra, who is general manager of the San Diego KOA Resort, arrived at KOA nearly 40 years ago as a landscaper and rose through the ranks through his hard work and dedication to the campground. Becerra’s story is available to watch on KOA’s YouTube channel.
To learn more about joining the KOA Family of Campgrounds, contact us: